The Empress’ Gift: The Volga Frontier

In The Empress’ Gift: The Volga Frontier, author Ellen Laubhan draws from her ancestral roots to tell the story, which will appeal to millions of Volga German descendants living in the United States, as well as fans of authentic historical fiction worldwide.

The Empress’ Gift: The Volga Frontier

In 1763, Empress Catherine the Great issued a compelling manifesto recruiting European emigrants to tame the wilderness along Russia’s mighty Volga River. Powerful motives drive Lady Amila and two serfs—siblings Rein and Eva—to forge an unlikely alliance and join the first German emigrants. Following a perilous escape and year-long journey, they learn the true intent of the Empress’ Gift. To survive, the naïve trio and fellow colonists must utilize keen instincts and rapidly develop new skills to fight powerful enemies determined to see them fail. Sparks fly as the intense drama unfolds. The pioneers must outwit a corrupt Russian bureaucracy, marauding forest thieves, nomadic raiders, and a ruthless Count—all the while battling merciless forces of nature. Yet, equally daunting for Amila and Rein are struggles that come from within.

Told by multiple characters and supported by a vivid cast, the thoroughly-researched novel chronicles the unflinching resolve of pioneers seeking freedom from oppression for themselves and future generations. Debut author Ellen Laubhan draws from her ancestral roots to tell the story, which will appeal to millions of Volga German descendants living in the United States, as well as fans of authentic historical fiction worldwide.

“Lady Amila studied the beaming faces of her fellow colonists gazing transfixed as Empress Catherine addressed the first emigrants. Swathed in hope and bound by the belief that a better life beckoned, they listened, mesmerized by the queen’s every word. Then, with a raise of the empress’ hand, servants opened baskets and threw handfuls of rubles over the emigrants’ heads. As the paper currency rained down, the astonished colonists hurried to collect their share. Roars of gratitude shattered the silence. Standing apart, Amila reeled as the disturbance sent birds careening from the nearby trees.”

The Empress’ Gift is a stylish and gripping read. Ellen Laubhan bewitches us with bold characters who are strong of heart and mind. Her tale of the Volga wilderness, the trials and dangers faced by the intrepid German settlers who sought freedom there, fills a crucial gap in European history. I couldn’t put it down. –Alyson Hagy, author of Scribe 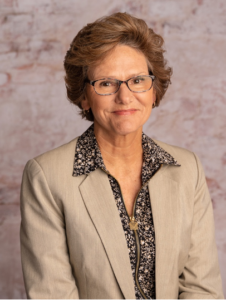 Ellen Laubhan grew up in Follett, Texas, a small farm community of predominantly Volga Germans, where she learned to appreciate her heritage as a German from Russia. She was in college when her grandparents, Martha (Ehrlich) and Jona Laubhan, presented her with a book called “Ehrlich: a Family History, 1763-1970,” which reinforced interest in her ancestry.

Reading historical fiction throughout her life, she believed an important story was missing. Ellen pursued a nagging desire to tell the exciting, tumultuous story of the first Volga German pioneers, focusing on their unflinching resolve to make a better life for themselves and future generations. After retirement, Ellen spent approximately seven years researching and writing The Empress’ Gift: The Volga Frontier, an historical fiction novel about the earliest Volga German pioneers. She drew from her ancestral roots to tell the story, which will appeal to millions of Volga German descendants living in the United States, as well as fans of authentic historical fiction worldwide.

While conducting research and writing this book, Ellen developed a deep respect for these resilient pioneers. Through family histories, she learned about the earliest years in Russia, including encounters with the wolves on the frozen Volga River. It was that story and others that kept guiding her forward. While the book’s characters are fictitious, Ellen found inspiration in many historic individuals, including her relatives, who arrived in Russia several years after the first pioneers. The story was developed from many original family documents and other vital sources. Of utmost importance were the vast resources of the American Historical Society of Germans from Russia (AHSGR: www.ahsgr.org). Ellen is pleased to share credit with family and friends, who supported her throughout the book’s development. She praises the staff at Rowe Publishing (www.rowepub.com), who led her through the publishing process.

Ellen earned a bachelor’s degree in journalism and communications from Texas A&M University, Canyon, and a master’s degree in public administration from the University of Wyoming. She is a member of the American Historical Society of Germans from Russia (AHSGR) and Wyoming Writers, Inc. She and her husband have four children and three grandchildren. They divide their time between Laramie, Wyoming, and Phoenix, Arizona.

Visit Ellen online at www.ellenlaubhan.com or by email at ellen.laubhan@gmail.com.

Be the first to review “The Empress’ Gift: The Volga Frontier” Cancel reply 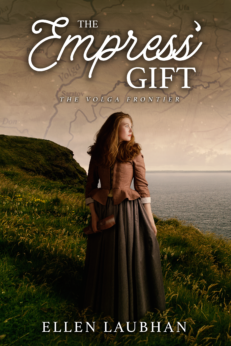 You're viewing: The Empress’ Gift: The Volga Frontier $16.99
Add to cart