The spellbinding true story of an American family of seven tormented by poltergeist activity beyond imagination.

The Upper Darby Poltergeist is also available through Amazon and BN or ask for it wherever books are sold. The ebook version of this book can be ordered through Amazon.

In 2010, The Pennsylvania Paranormal Association (The PPA) was requested to investigate claims of a severe haunting in Upper Darby, PA. Reports of encounters by the family far exceeded those of typical ghostly activity. Following an initial interview, investigators had some skepticism regarding the frequency and magnitude of the activity, as reported. They were wrong!

This true story chronicles events that took place during a comprehensive paranormal investigation, spanning more than two years, with four different visits to a suburban home, just outside of the City of Philadelphia. What was uncovered through the investigation, were angry ghosts, occult spells, entity attachments, and an incredible amount of poltergeist activity.

Readers will learn of the successes and failures of The PPA as the investigation continued and hear about some of the struggles that this family of seven endured for so long.

The Upper Darby Poltergeist is the spellbinding true story of an American family of seven tormented by poltergeist activity beyond imagination. 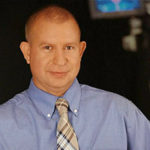 Mark Allan Keyes, a retired State Police Detective, is currently working as a private investigator. He is a speaker and instructor on paranormal investigation and as a parapsychologist, has been involved in over 200 resolution cases. Keyes is an expert commentator on Travel Channel’s Haunted Hospitals and Paranormal 911. Numerous PPA investigations have been highlighted on Travel Channel’s Paranormal Survivor and Destination America’s The Haunted. Author may be contacted through: www.theppa.net

Be the first to review “The Upper Darby Poltergeist” Cancel reply 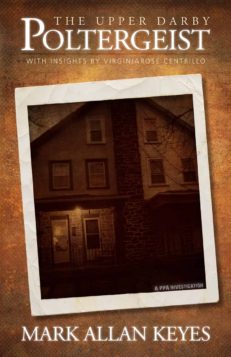 You're viewing: The Upper Darby Poltergeist $14.95
Add to cart

We are currently experiencing unprecedented changes in the supply chain and shifts in sales channels, resulting in extended turnaround times. Books may take up to 22-24 business days to process. Dismiss