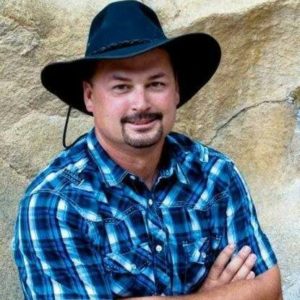 Chris Hegg grew up in a town too tiny to list on maps but very rich in colorful people. Spending a childhood wandering the desert studying petroglyphs to pass time grew into a lifelong obsession to understand ancient man and nature.

Having a background in cryptology from the U.S. Air Force and geology mixed with stubborn determination proved instrumental in his capability to break the symbols of petroglyphs one by one. Uncovering the Ancient Universal Language compelled Chris to take the secrets he discovered and share them with mankind once more.

Chris has appeared on History’s Ancient Aliens and is a noted speaker. His research has been published in books and magazines. Chris is a regular contributor to EXPRESSIONS Magazine, the international e-journal of art, archaeology, and conceptual anthropology.

More about Chris… Married over twenty years to childhood friend Dede Hogg Rarick, they have three beautiful children Tyler, Dawson, and Pepper. Chris continues to drag family and friends in tow, bribed or otherwise, passionately sharing the hidden beauty of the desert and expanding his own knowledge. In 2015, the Hegg family launched the Hogg Product line that includes Hogg Heaven BBQ Sauce made without high fructose corn syrup.

Books by this Author